Giant earthworm is the largest ever found in the UK 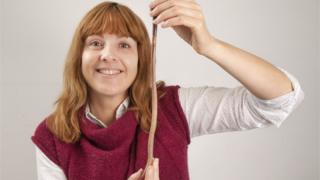 A giant earthworm named Dave has wriggled into the record books as the largest ever found in the UK - measuring a whopping 40cm (15.7in)!

Experts at the Natural History Museum said they were "bowled over" by the size of the worm.

It was found in a vegetable plot in Widnes.

The worm was found by Paul Rees and given the name 'Dave' by his stepson George. 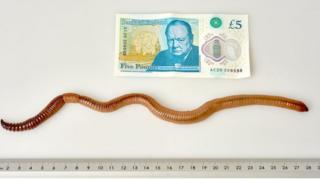 The worm weighed 26g which is about the same as a small chocolate bar.

"Not only was it really long, it is almost twice as heavy as any other wild earthworm ever seen."

She added: "Although his name on the jar is Lumbricus terrestris little George did request that his real name, Dave, be preserved forever too so on the label it clearly states 'known as Dave' and that will be reflected in the museum database forever too."

Dave is now preserved in the museum collections.