How to see biggest supermoon in almost 70 years

If you go outside at night on 13/14 November, you might get to enjoy something quite spectacular.

You will see an amazing supermoon up in the night sky, which means the Moon will be very big and bright.

There was a supermoon last month but this one is particularly special.

That's because it will be the biggest and brightest that it has been since 1948 - that's almost 70 years! 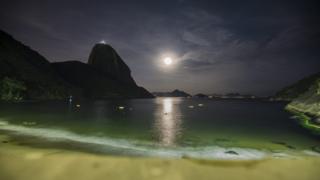 European Photopress Agency
The beautiful October supermoon, as seen over a beach in Brazil

But what actually is a supermoon anyway?

Why do they happen?

Two things have to happen for there to be a supermoon.

Firstly, it must be a full moon. Secondly, the Moon must be at a point during its orbit where it is particularly close to Earth. 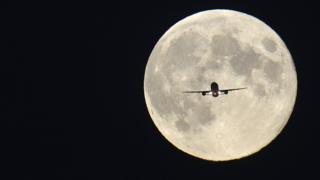 The Moon orbits the Earth in an oval shape, and sometimes it is closer to the Earth than at other times.

When the Moon is at the stage when it is closest to Earth, this is called its perigee. When it is further away, this is the Moon's apogee. 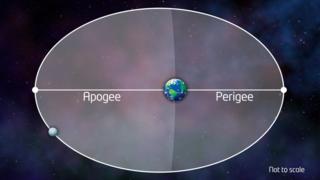 The perigee, which makes supermoons happen, is about 30,000 miles closer to Earth than the apogee

The reason that the supermoon this month is particularly special is because the Moon will be even closer to Earth than it has been for decades, so it will be bigger and brighter than you will ever have seen in your entire life!

Usually, a supermoon is about 14% bigger and 30% brighter than a full moon when it is further away from the Earth.

How can I see it?

Go out at night and have a look at the sky on the night of 13 or 14 November.

Try to go somewhere where there aren't many other lights, as this can distract from how bright the Moon is and how easily you can see it. 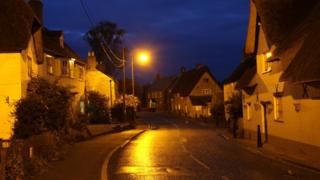 Getty Images
For the best chance of seeing the amazing supermoon, try to go as far away from lights as possible, like street lights or houses with lights on

If you look at it when the Moon is nearer to the horizon, this can create an optical illusion which will make it look even bigger and more spectacular.

There is due to be another supermoon on 14 December, but it won't be as amazing as the November one, which is the biggest so far this century.

The December supermoon will be special for its own reason. Because it is so bright, it will make seeing the Geminid meteor shower next month much more difficult than usual. 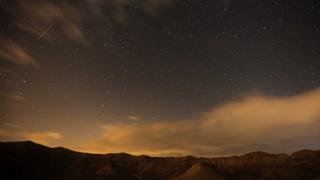 MENAHEM KAHANA
It will be difficult to see the Geminid meteor shower this year, seen here in 2012, because of the December supermoon

As for November's supermoon, you won't see one as impressive as this again until the end of November in 2034, so it's well worth making sure you step outside to take a look!

Let's hope the weather decides to behave that night...

Supermoon pictures from around the world