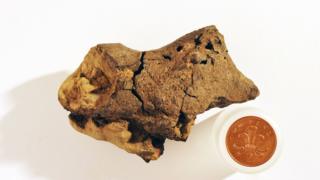 Scientists say a brown pebble found on a beach in Sussex is the first fossil of a dinosaur brain to be discovered in the world.

The piece of stone was discovered more than 10 years ago by a fossil hunter at Bexhill-on-Sea.

But it has taken scientists years to find out what was inside.

A team at Cambridge University used a special scanning microscope to look deep into the fossil. 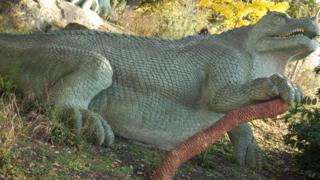 The brain is from a dinosaur related to the Iguanodon, a large plant-eater from 130 million years ago

They say the dinosaur brain is similar to those of crocodiles and birds today.

Scientists say the fossil is so well preserved because the dinosaur probably died near a bog or swamp.

Its head was 'pickled' like an onion in the water, holding its shape and allowing it to become a fossil over time.

Dr Alex Liu, from Cambridge University, said: "The chances of preserving brain tissue are incredibly small, so the discovery of this specimen is astonishing."