Guide: What's going on at Heathrow? 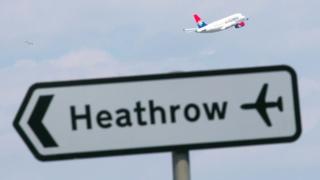 A decision has been made to make Heathrow airport bigger.

It was announced on Tuesday morning following a meeting between a group of government ministers.

The decision is a controversial one as there are many people who do not think this is a good idea. People who live near Heathrow and several politicians think it will be bad for noise, traffic and pollution. 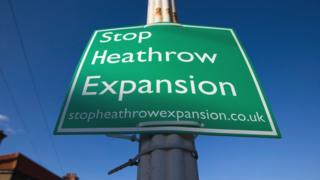 Others who support the expansion of the airport think it is the best way for the UK to cope with the growing number of airline passengers and that it will provide a boost to the economy.

Why has Heathrow been chosen?

Some airports in the UK are some of the busiest in the world.

With more people travelling by plane nowadays than ever before, airports need to be able to accommodate all the extra passengers.

As a result, the UK has been looking into how it can make room for more flights for an extremely long time. 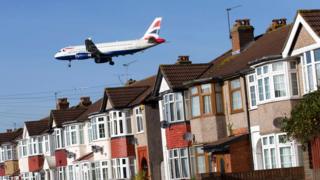 AFP/Getty Images
When planes come into land at Heathrow airport, they fly very near to houses nearby

There have been a few different options discussed over many months about how the UK could make room for more planes.

Some believe that a new runway at Gatwick airport would be the right way to do this. Others thought that a new airport altogether should be built.

Now, the focus is on Heathrow - the UK's busiest airport - to cope with the growing number of airline passengers. 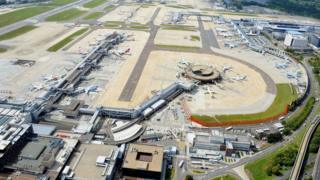 There are several reasons for this. One is because it already has so many other flights going through it, so is better for people who want to make connections onto other flights.

How could Heathrow be expanded?

Government ministers have approved a decision to build an extra runway at the airport.

There had been discussions over what was the best way to make Heathrow bigger - either build a new runway or extend one of the runways that it already has. 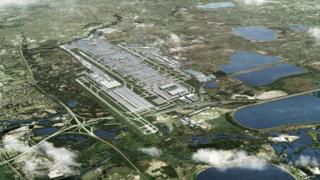 Now, the government has announced that a third runway will be the best approach.

The decision that has been announced today isn't necessarily final.

There will be many more discussions between government officials before it is completely set in stone.

If the new runway does go ahead, the Airports Commission has said it's unlikely the airport will start to build it before 2020.

This would mean it wouldn't be ready to use before around 2025, so there's a while to wait yet before we see any big changes.