Schiaparelli Mars lander and four other things lost in space 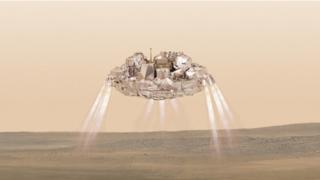 It seems the Schiaparelli probe that was sent to land on Mars hasn't quite gone to plan.

Data collected by scientists appears to show that the lander's parachute was opened too early, not slowing down the craft as much as hoped.

It's also thought its rockets, designed to slow it down for a safe landing, didn't fire for long enough.

The European Space Agency (Esa) is yet to officially say what has happened, but early signs are not very positive.

Schiaparelli isn't the first thing to get lost in space. Here are some other things that have disappeared (and sometimes reappeared) in the depths of our galaxy. 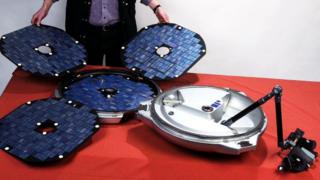 The Beagle 2 was launched in 2003 by the European Space Agency on a mission to Mars.

The probe's mission was to find any signs of life on the Red Planet, but it disappeared during landing and most feared that it had crashed into the surface of Mars.

It wasn't until 2015 that scientists found out what really happened when a Nasa satellite spotted the little spacecraft, it seemed that despite landing safely it didn't manage to open its solar panels to charge its batteries and power itself up to make contact with Earth.

But despite this, one of the scientists behind it said that it wasn't a failure and "we have still learned a lot from this". 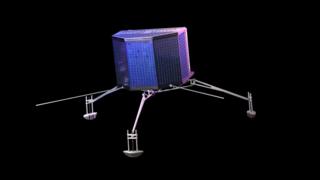 ESA
The Philae lander got into trouble when a bumpy landing caused it to bounce into a dark crack on the comet it was supposed to land on.

The European Space Agency isn't a stranger to losing track of probes. But then again it's not easy sending spacecraft thousands and thousands of miles to try and land on a piece of space rock - which is precisely what the Philae lander's job was.

The Rosetta spacecraft carried the Philae lander across space for 10 years to its final destination, a comet called 67P. It arrived in 2014 and it had the mammoth task of trying to land on the comet to study it. That didn't go entirely to plan and the Philae had a rough landing, bouncing off into somewhere dark, without sunlight to charge its batteries. It went into hibernation mode and scientists lost contact.

All was not totally lost. In 2015, when the comet got closer to the Sun, the Philae's solar panels caught some light causing it to briefly wake up started sending information and pictures back to Earth.

The ISEE 3 - The International Sun-Earth Explorer 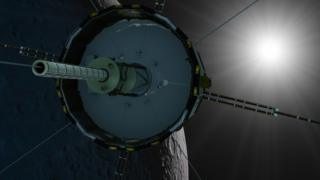 NASA
The ISEE or The International Sun-Earth Explorer was sent to space to see how the earths magnetic field and solar winds affected each other.

OK, to be fair, the ISEE wasn't actually lost - at least not by accident. The International Sun-Earth Explorer was a joint project between Nasa and the European Space Agency and was made up of three satellites whose mission was to study how the Earth's magnetic field and solar winds affected each other.

ISEE 3 was stationed about a million miles away from Earth to carry out its measurements and in 1982 it started a new job of chasing comets to see how solar winds affect the tail of comets.

But when the mission finished in 1997, it was decided to leave the ISEE in the darkness of space.

That was until a group of scientists and enthusiastic space fans started a project to make contact with the ISEE to bring it back to life and back into Earth's orbit! In 2014 the international team made first contact with ISEE using a very powerful radio telescope in Puerto Rico. 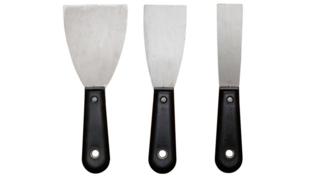 One of the weirder things that are floating around out beyond Earth's atmosphere is, oddly enough, a spatula! Not one that you would probably use in your kitchen though, this was a Nasa spatula for astronauts to spread things like gels and glues during spacewalks.

In 2006, astronaut Piers Sellers was using a spatula to spread a special goo on to a heat shield to test it as a repair material. During the experiment he accidentally let go of his spatula, sending it slowly spinning away from him. He said at the time: "Guys, how do I tell you, I think my spatula has escaped."

Schiaparelli mission to land on Mars: Five things you should know