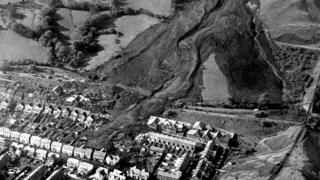 Friday 21 October 2016 marks the 50 year anniversary of the Aberfan disaster in Wales.

A huge coal waste tip piled high above the village of Aberfan suddenly collapsed and slid down into the village, covering houses and the local school.

The tragedy shocked people all over the world, as 144 people were killed in the disaster.

Because of what happened, new safety rules about mines were made into law, to make sure a disaster like this couldn't happen again.

50 years ago, Aberfan and the surrounding area was an important source for coal mining and many people there worked at the mines.

The coal was used to heat homes and buildings and to power trains.

When the coal was being dug out, the leftover soil and rock that came with it, was heaped up in seven huge waste piles which towered over the village.

Some people in Aberfan had said they were worried about the thousands of tonnes of waste being piled high above the village, because it was thought the ground it was on was unstable. They thought heavy rain could cause the waste to move.

But their worries were dismissed and nothing was changed.

After several days of heavy rain in October, the coal debris had soaked up water and had loosened the rock in one of the huge piles. It suddenly collapsed and slid downhill at high speed.

The debris covered some houses and the local school.

Huge rescue efforts were made, with miners and local people all helping out, but 144 people died.

Immediately after the disaster, people wanted to know why it had happened.

A few weeks later, an inquiry was set up. Evidence from witnesses was given and information about the region's geographical conditions was presented.

The investigation found that the National Coal Board, who owned the waste tip, were at fault.

It said the NCB had ignored warnings about the tip's dangerous condition and knew the tip was on unstable ground as several small land slips had happened there before.

They were ordered to pay compensation to the families affected by the disaster but there were no criminal charges brought, and no one lost their job because of what happened. 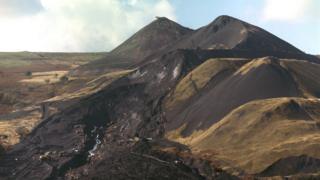 PA
Several tips still stood over Aberfan after the disaster

After the disaster and inquiry, waste tips still loomed above Aberfan and families there had to campaign for them to be taken away.

Because of what happened in Aberfan, new safety rules about mines and quarries were made into law in The Mines and Quarries (Tips) Act 1969, to make schools, villages and the areas around them safe and to stop a disaster like this happening again.

Services and memorial events have been taking place to remember and mark the 50 year anniversary of the disaster.

A memorial garden, with trees and plants, now sits on the site of the old school in Aberfan, where local people can go to remember those who lost their lives. 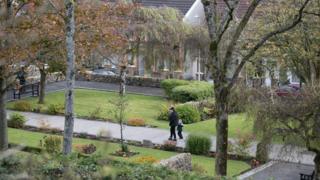 50 years on, local school children in Aberfan learn about the disaster in class and are holding special assemblies to mark the anniversary.

A minute's silence will also be held across Wales at 9.15am on 21 October to remember those who died. 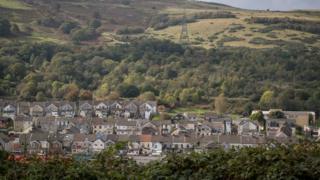 Getty Images
The view of Aberfan village now in 2016

Queen returns to the Welsh village hit by a landslide