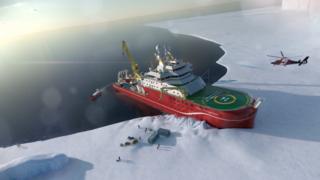 The vessel is already well known because of an online public vote to name it.

The public chose the name Boaty McBoatface, but in the end, it wasn't quite that simple...

Here are five things you didn't know about the ship. 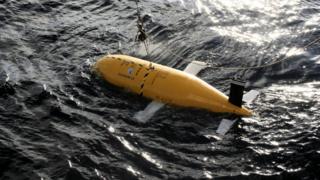 It was decided that naming the ship Sir David Attenborough in recognition of his work explaining the natural world would be a better option.

Instead an submarine carried by the ship will be called Boaty McBoatface instead.

It is a new submarine that could travel under the entire ice-covered Arctic Ocean if necessary. 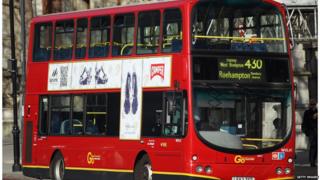 The vessel will be 128m-long which is roughly the length of eight double-decker buses.

It will take 31 months to build. 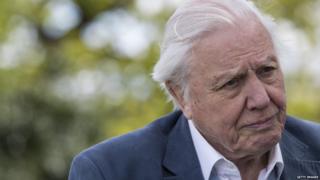 Who starts the building process?

Sir David himself will press the button that turns on the crane that will lift the massive load of steel that is needed for the ship.

What's with the coin?

It's tradition for the first part of the ship to be built on a coin.

Once the ship is launched, the coin will be given to the crew for good luck while they sail the oceans. 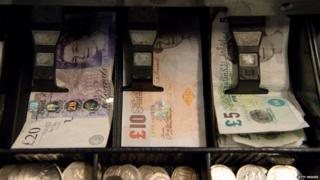 The ship will cost 200 million pounds and will replace the UK's current ships - the RRS James Clark Ross and the RRS Ernest Shackleton.

One ship is in charge of all the scientific experiments and the other does the logistics which means it's used for resupplying scientific stations in the Antarctic.

The new RRS Sir David Attenborough will be able to do both.