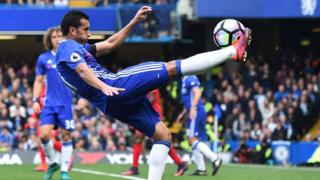 Champions Leicester City suffered another blow to their title defence with a 3-0 loss at Stamford Bridge.

Chelsea got the better of the Foxes who have lost their fourth away game in a row.

The Blues dominated with Diego Costa smashing home the opener within 7 minutes before Eden Hazard made it 2-0.

Victor Moses rounded it off with Chelsea's third 10 minutes from time, with Leicester failing to get one shot on target. 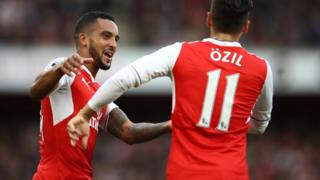 Staying in London, and Arsenal narrowly sneaked a 3-2 victory over Swansea, after new signing Xhaka was sent off in the second half.

Two goals from Theo Walcott and a superb volley from Mesut Ozil sealed the win for the Gunners, but new Swans boss Bob Bradley says he can take some positives away from the match:

"We don't leave feeling good, but there were some things on the field that make you say 'OK, that is a start,' Bradley said. "We can become a really good team."

On the south coast, Bournemouth hammered Hull City 6-1 with Junior Stanislas scoring twice for the Cherries' third home win in a row. 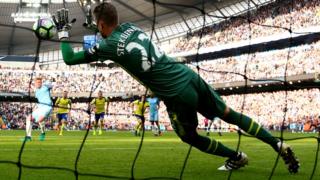 Manchester City could only manage a draw against Everton, with goalkeeper Maarten Stekelenburg coming to the rescue, saving two penalties!