Bake Off's Nadiya Hussain wants to stay with the BBC 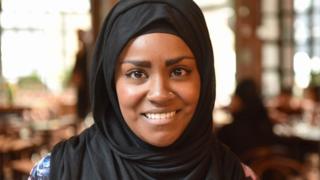 Last year's Great British Bake Off winner Nadiya Hussain has signed a deal to stay with the BBC.

There were rumours that Nadiya might leave the BBC to present the new series of Bake Off when it moves to Channel 4.

However Nadiya has said she wants to make the BBC her "home".

So far presenters Mel and Sue, and judge Mary Berry have said they won't be part of the new series on Channel 4.

However, judge Paul Hollywood has confirmed he will be moving when the new series starts. 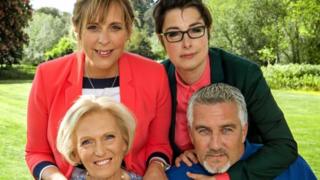 In an interview, Nadiya said: "Since winning the Great British Bake Off I've been lucky to have had some amazing opportunities with the BBC."

She said she will be making films for The One Show, as well as: "developing other exciting programme ideas".

Nadiya joins the rest of the Junior Bake Off team as a judge on the new series which starts in November on CBBC.

GBBO's Nadiya: No offers from Channel 4