What happened at the Battle of Hastings? 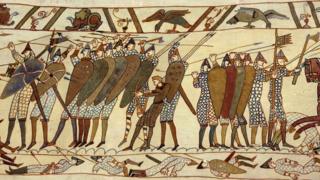 The Battle of Hastings is one of the most famous and important battles in English history.

This year, we are celebrating 950 years since it happened, back in the Middle Ages, on 14th October 1066.

It was fought between William of Normandy and his army from France (called the Normans), and King Harold II and his English army. The English were known as the Anglo-Saxons back then. William won and Harold lost - legend has it he died from an arrow in the eye!

As a way of remembering this incredibly important battle, the Royal Mint - which makes our money - is making five million special 50p coins. 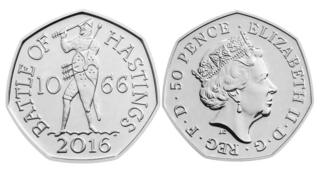 It is fitting as the Royal Mint has been making money for over 1,000 years, so soldiers at the time of the Battle of Hastings would have used money made by them.

Newsround takes a look at what exactly happened and why it was so important to England's history.

Like many battles in history, it was fought because one person wanted to be king of another place. In this case, William of Normandy in France wanted to be King of England. 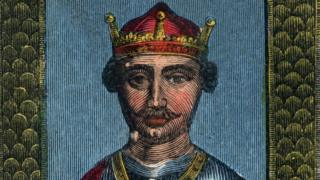 He believed he should have been made king when King Edward "the Confessor" died. Edward was was his distant cousin and William said he'd promised him the job.

However, a man called Harold Godwinson was crowned King of England in January 1066. William was furious.

At the end of September 1066, he sailed over to England from France with around 700 ships and a very large army.

When King Harold II learned about this, he marched with his army straight down to Sussex to meet the invaders. The march meant they were exhausted when they arrived. 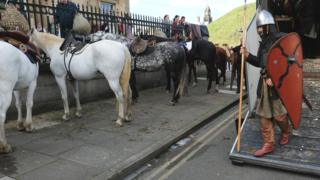 Getty Images
To remember the battle, people have recreated the journey that King Harold II and his army made, from York to Hastings

On Saturday 14th October 1066, they met at a place called Senlac Hill near Hastings to fight each other. The battle lasted all day and thousands of men were killed and injured.

The army from France were much better-trained than the English, and had better weapons and horses. The English army were tired from the journey and also because they had recently had a battle with a Norwegian army, whose leader wanted Harold's crown too.

Eventually, King Harold II was killed. It is thought he was struck in the eye with an arrow, although historians are still arguing over whether this is actually true. 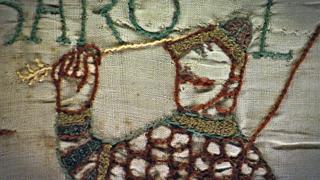 The Normans had conquered England. William became known as William the Conqueror - and he soon became King of England.

The Battle of Hastings was extremely important for the history of England as it completely changed who was in charge.

The Anglo-Saxons had ruled the land for over 600 years since the Roman times. Now, the Normans had taken over, which meant big changes. 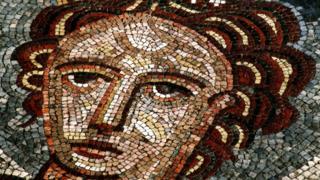 We can still see evidence of the Romans, who were in England before the Anglo-Saxons - for example, this mosaic, which is in Sussex

They took over the land, so people who worked in the fields now had new bosses. The language also changed, mixing Anglo-Saxon English with Norman French. That mixture would eventually become the English we know today.

The new rulers also gave England better links to France and the rest of Europe, and you could see their influence in buildings like churches and castles.

The Battle of Hastings also gave us one of the most famous tapestries in the world. 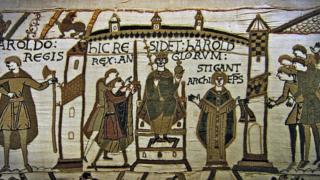 Part of the Bayeux Tapestry, showing Harold being crowned King of England, before he was killed at the Battle of Hastings

Not long after the battle took place, the story of what happened was recorded in what is a bit like an amazing stitched comic strip, called the Bayeux Tapestry.

It is around 70 metres long and almost as old as the Battle of Hastings itself. That means it's a piece of fabric that is almost 950 years old!

The tapestry tells the story of a moment in time which changed the history of England changed forever.

Test your knowledge of the Battle of Hastings with our quiz.

Battle of the Somme: How WW1 changed warfare forever

Guide: The Battle of Waterloo