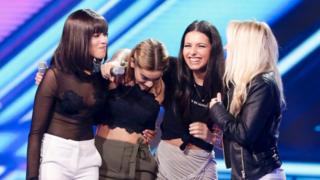 Girl group Four of Diamonds are returning to The X Factor.

It's after Brooks Way left the competition on Monday, following claims Josh from the duo sent threatening messages to his ex-girlfriend.

Louis Walsh, who's mentoring the groups, said he was "delighted" to bring back the girls, who were kicked out at the judges' house stage.

He said: "They're a great girl group and I'm hoping will take me all the way to the final."

Four of Diamonds said: "We are so excited to be back on The X Factor - we're really looking forward to performing live, working hard and showing everyone what we're made of." 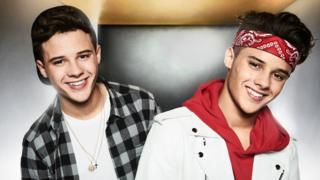 Brooks Way did not appear on the weekend's live shows.

An X Factor spokesperson said on Monday: "Following the allegations relating to Josh Brooks, we have decided by mutual consent that Brooks Way should leave the competition."

Josh Brooks said: "Due to events in my personal life I've decided that it's best not to be on the show at this time.

"While not everything that has been claimed is true I would like to apologise to everyone involved."