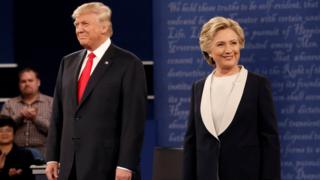 Reuters
On 8 November, the people of America will choose who will become the next president of their country. Donald Trump and Hillary Clinton are the main candidates

Every four years, people in the US choose who will be their next president.

In just a few days, they will be making that decision again.

Newsround takes a look at just what you need to know ahead of this important vote.

There are two main people that US voters can choose from to be the next president of their country - Hillary Clinton and Donald Trump.

There are candidates for other smaller parties, but it is almost impossible that they will receive enough votes to be elected as president.

Whoever wins will take over from the current president Barack Obama. He has now been president for eight years, but it's time for him to let someone else do the job. 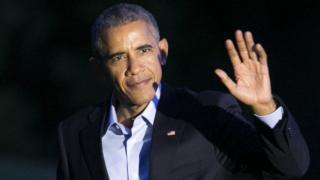 Getty Images
Barack Obama can not stay as president any longer, as he has been doing the job for the maximum amount of time allowed

The country's rulebook, called the Constitution, says a president can only stay in the job for two terms - that is, two lots of four years.

As Barack Obama has done the job for eight years now, he has reached the end of his time as president and must let someone else take over.

In the US, there are two main political parties called the Democrats and the Republicans. They both want their candidate to become the next president of the country.

Hillary Clinton is the candidate for the Democrats - like Barack Obama was - while Donald Trump is trying to become president for the Republicans.

Both sides have been going around the country for many months in order to convince people that they are the right person for the job of president.

There are many other people who have been campaigning on behalf of the candidate that they support.

Both Hillary Clinton and Donald Trump have also picked what is called a running mate, who is the person that will become the vice-president if they win.

Tim Kaine is Hillary Clinton's running mate and will be vice-president if she wins the election. Mike Pence is Donald Trump's running mate.

When will it all happen?

People in the US will vote to decide who will be the next president on 8 November.

We might even know the result when we wake up on Wednesday morning.

Either Hillary Clinton or Donald Trump will officially be made the next president on 20 January 2017. 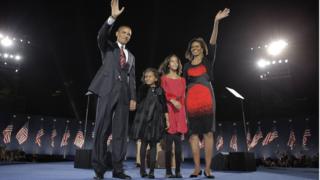 AP
America knew that Barack Obama would be their next president on 4 November 2008, but he officially started the job on 20 January 2009. Here he is with his family on the night he won the election in 2008

Why is it important to us?

It is important to us in the UK who will be the next president of the US, as it is such an important country with a lot of power.

It is thought that the president of the US is the most powerful person on the planet, so it's important we take an interest in who they are. 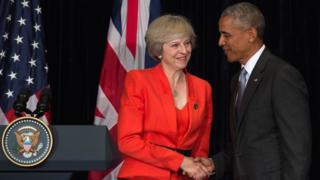 The US is considered to be a good friend of the UK when it comes to politics and so the leaders of both of our countries will be working together a lot.

Companies in the UK also do a lot of business with the US, so what is happening there can affect businesses here.

To find out more about the US election, click here.

Find out more about Barack Obama

One thing Donald Trump and Hillary Clinton like about each other