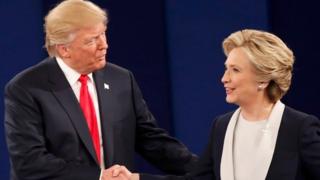 One thing Trump and Clinton like about each other

Millions of people in America have watched the second of three TV debates between Hillary Clinton and Donald Trump, the two people who want to become US president.

The relationship between the rivals is very frosty at the moment and they didn't even shake hands at the start of the TV debate, which is very unusual.

They argued over several different issues, .

At the end, they were asked to say one positive thing about each other.

Mrs Clinton said she admired Donald Trump's children, while he said he respected the fact she never gives up. 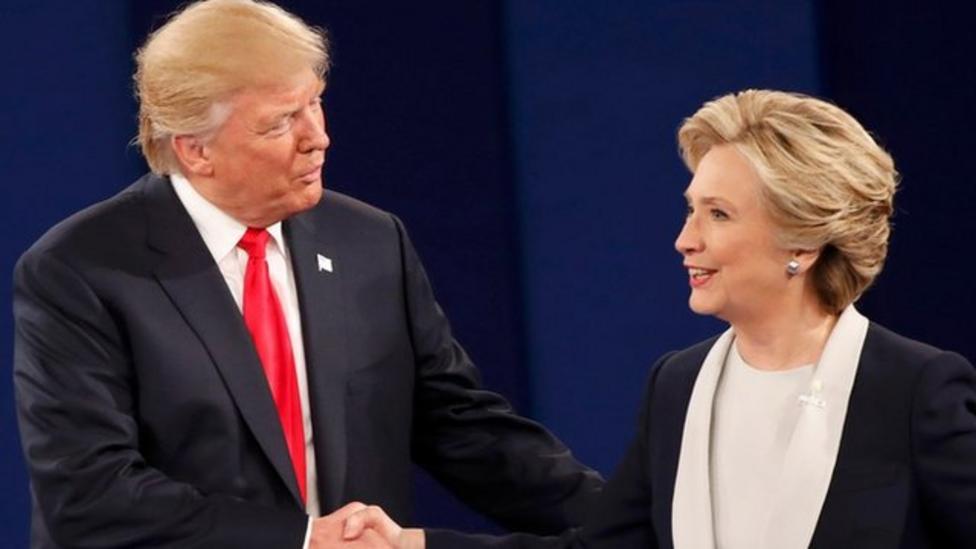 One thing Trump and Clinton like about each other