Millions of people in America have watched the second of three TV debates between Hillary Clinton and Donald Trump, the two people who want to become US president.

Businessman Donald Trump was under a lot of pressure going into the debate after a video of him saying some terrible things about women was made public.

The first question was about that big issue - what Mr Trump had said about women.

However, Mrs Clinton said it showed he wasn't fit to be president: "He has said that the video doesn't represent who he is, but I think it's clear to anyone who heard it that it represents exactly who he is."

Mr Trump went on to attack Mrs Clinton's husband, Bill, who was US president from 1993-2001, for his behaviour. But Mrs Clinton did not respond.

In the end, after debating several different issues the two were asked to say one positive thing about one another.

Mrs Clinton said she admired Donald Trump's children, while he said he respected the fact she never gives up.

The US presidential election takes place on 8 November, when one of them will be voted into one of the most powerful jobs in the world. 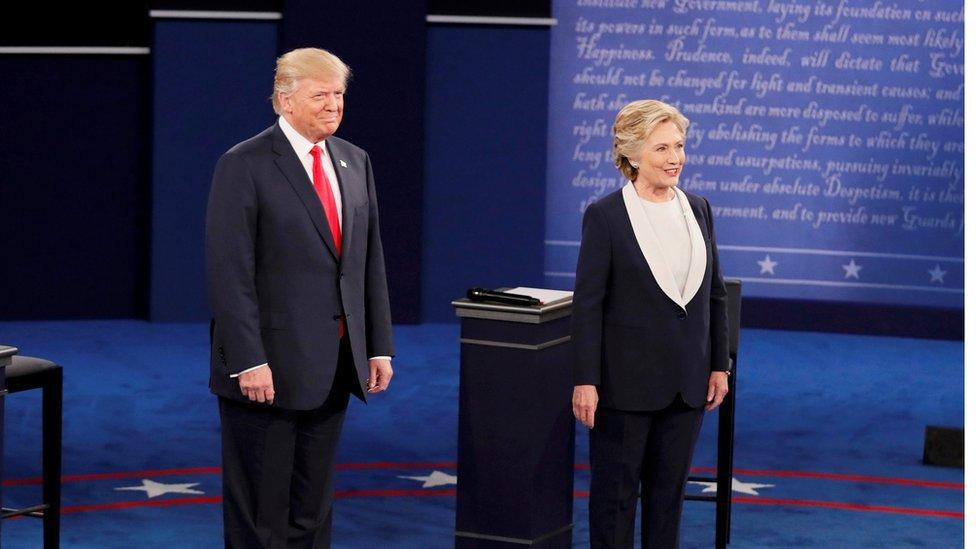