Donald Trump in trouble over comments about women

A big debate takes place in America on Sunday night between Hillary Clinton and Donald Trump, the two people trying to become the next US president.

But one of them, Donald Trump, has landed himself in some big trouble after comments he made about women 11 years ago were released.

In the past Donald Trump has used words like "pig", "fat" and "ugly" to describe women he disagreed with. 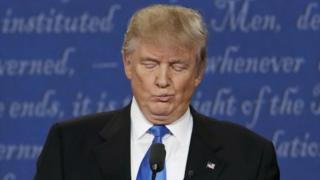 Now a 2005 video has come out, in which he said even worse things about women.

Since the recording was made public, Donald Trump has released a video statement where he apologised for the comments.

But Hillary Clinton has said that Trump should not be president after what he has said. 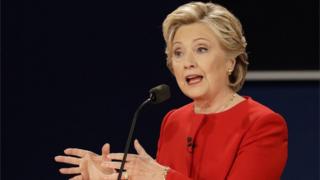 She says that his words will have a negative effect on women and girls.

People in Donald Trump's own party have said they strongly disagree with the things he has said. Some of them have said they will no longer be supporting him in the election.

The president of the United States is one of the most powerful and important jobs in the world, and the winner of this year's election will take over from current president Barack Obama.

These big presidential debates are shown on TV to try to help people make their mind up about who they want to vote for in the election.