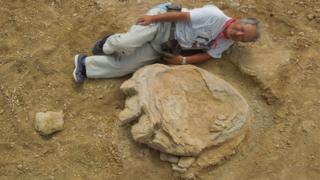 It's one of the largest dinosaur footprints ever discovered, believed to belong to a Titanosaur.

Measuring over a metre long, this whopper of a footprint is estimated to date back around 70 million years.

Scientists from Okayama University of Science say it will give them "new clues about these huge giant creatures that roamed the earth millions of years ago."

There have been other discoveries of this size in the past but this particular one is very well preserved with three clear claw marks.

A joint expedition made this most recent discovery in August, where it was found in a layer of rock formed between 70 million and 90 million years ago.

Experts reckon the Titanosaur species could be the largest land animal ever to be discovered.

Although no full skeleton has ever been found in the Gobi desert, in 2014 one was discovered in Argentina with a replica now on display at the American Museum of Natural History in New York. 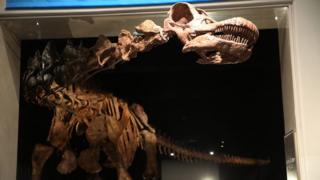