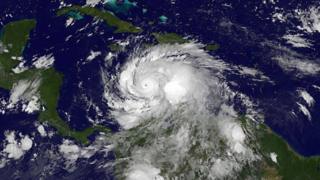 Hurricane Matthew is due to hit Haiti on Tuesday. Here are some reasons why it could be devastating for the Caribbean country.

It's a huge hurricane

Matthew is a Category 4 Hurricane. This means it's very strong, with winds up to 155 mph and power and water shortages can last for weeks after the hurricane has passed. It's expected to bring around 1m of rainfall to some areas of Haiti.

The flooding could be devastating

There's been a lot deforestation in Haiti. That means trees being chopped down, often for firewood, then they're not there to help soak up rain water. This makes the country less able to fight against flooding. There are also fears the heavy rain could cause mudslides. 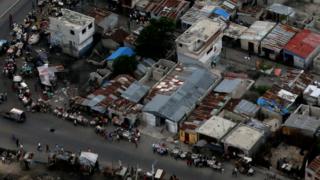 Haiti is a very poor country

Aid agencies say that when a disaster like this strikes, poor countries, like Haiti, aren't able to cope as well as other countries.

Many people live in homes that may collapse because of the hurricane so officials say they've put up 1,300 emergency shelters across the country, enough to help 340,000 people. 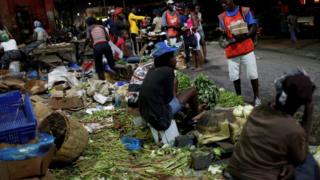 Haiti is still recovering from an earthquake

Haiti suffered a massive earthquake in 2010 and as a poor country it's still recovering from that.

Thousands are still living in tents following that.

Hurricane Matthew: How Jamaica is preparing for the storm