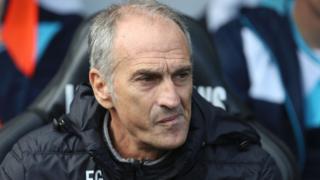 Francesco Guidolin is the second footy boss to be sacked in day, on his birthday as well!

The Swansea City head coach was under huge pressure after losing 2-1 to Liverpool at the weekend, with the Swans finding themselves 17th in the Premier League table.

His side haven't won a game since the opening day of the season and are only just above the relegation zone. 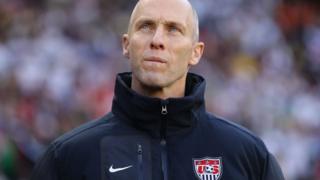 The American, who leaves French side Le Havre, has also managed the Egyptian national team and Norwegian side Stabaek.

The club say they think Bradley makes a good "long term appointment" to "stabilise matters on and off the pitch".

Swans chairman Huw Jenkins said he was disappointed, but said that the club "needed to change things as soon as possible" to move forward positively.

Swansea's next match is against Arsenal on 15 October, following this weekend's international break.