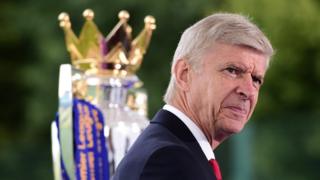 In the world of modern football being a manager at one club for 20 years is a BIG DEAL.

At a time when bosses come and go - in some cases after just one game - how has Arsene Wenger lasted such a long time?

Arsene Wenger has won the MOST titles at Arsenal than any other Gunners' boss. He's won three Premier League titles and six FA Cups.

There have been plenty of mishaps along the way, including last season when lots of fans were disappointed after the club dropped points in the Premier League.

Some fans were unhappy with Wenger's direction and even turned up to games with banners saying "Wenger Out" - so why didn't he go then?

Well he's actually really well liked by the team's players, as well as former players too. 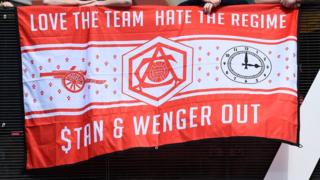 Arsene Wenger is known for his honesty.

One time he was asked about buying popular players and said: "We do not buy superstars, we make them."

He isn't one for splashing out lots of cash as soon as the transfer window opens which has, at times, annoyed his fans. 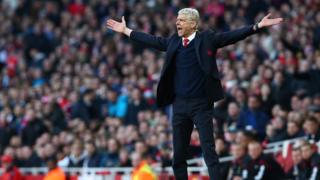 There were lots of raised eyebrows when in 1999 he bought Thierry Henry from Juventus for £11 million.

The player wasn't doing too well, but Wenger switched Henry from a winger to a centre forward and the rest is history!

Henry scored a total of 228 goals in two spells for the club, becoming one of the finest strikers of his generation.

Arsene's also nurtured other players over the years, most recently the likes of Aaron Ramsey and Theo Walcott. They have both praised his considered way of working. 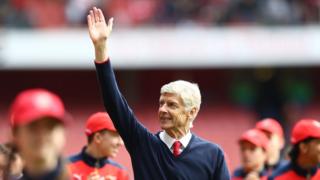 And that's just four reasons why Monsieur Wenger has been at the north London side for two decades!