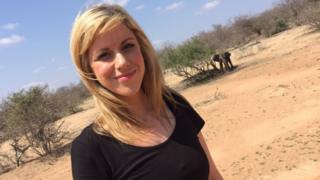 There's a big meeting of world leaders going on in South Africa, where they're trying to find ways to help the world's elephants and other threatened wildlife.

Jenny's there for Newsround and she's sending back videos and pictures of what she's seen.

As the meetings in Johannesburg come to their end, you'll have seen Jenny reporting live for us in our morning and afternoon bulletins.

The team have been in South Africa for over a week now and Jenny sent us this from behind the scenes of our 'live point'. It's less glamorous than you might think...

Here's what else Jenny and the team have been up to this week:

"Visitors can learn about how the animals are cared for and see them up close.

"I even got to help feed one! Their trunks are so strong - I can see why their trunks have more muscles than the entire human body!"

"After three days of searching we finally found wild African elephants! Just wow! It's unbelievable to think around 100 are killed every day for their tusks," Jenny says.

"Our ranger tells us there's a lot you can learn from an elephant's poo too - like what it's eaten. Urgh!" 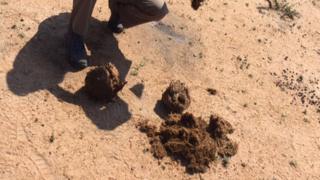 Jenny says she couldn't resist making this clip of a baby elephant - so cute!

Cuteness aside, Africa's elephants are facing a big threat.

"I'm finding out what's being done to stop poachers - the people who illegally hunt and kill elephants for their ivory tusks," Jenny explains.

"One anti-poaching group use specially trained dogs and I've been to meet them."

"The morning is over and despite trying to find elephants with our ranger, no luck," Jenny says.

"We're going out again this afternoon and hoping to get a better understanding of how important elephants are in the ecosystem - that is if we find one!"

"Within hours of arriving in South Africa I had spotted lots of different animals and even noticed something special about the money," Jenny says. 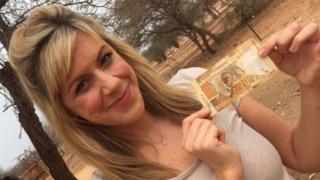 There are animals everywhere - even on the money... 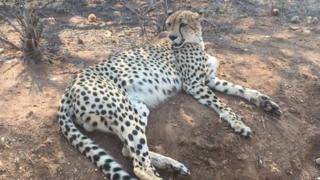 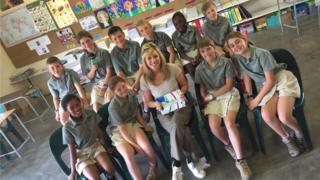 11 things you never knew about elephants

Why do we love elephants so much?

How sniffer dogs are used to stop ivory smuggling