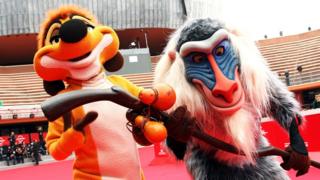 Getty Images
The new film will feature computer generated animals, not people in suits like these two.

Disney fans hold tight, as a live-action version of The Lion King has been announced.

The studios said in a statement: "We can officially confirm that The Walt Disney Studios and director Jon Favreau are putting a new reimagining of The Lion King on the fast track to production." 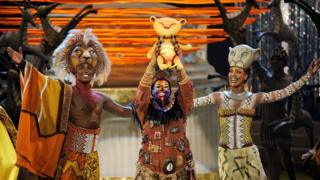 John Faveau directed recent hit, The Jungle Book, another live action remake of a popular animation released by Disney in 1967.

Disney said that the new film will feature all the songs from the original, so if you're a fan of the Circle of Life or Hakuna Matata, you're in luck!

Disney has been 'reimagining' a number of its old titles recently including Beauty and the Beast, starring Emma Watson, set for release in Spring 2017.