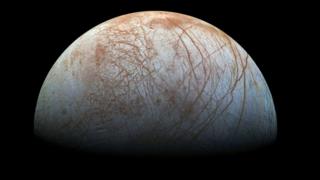 It's a big deal because water means there's a chance of finding basic forms of life there. 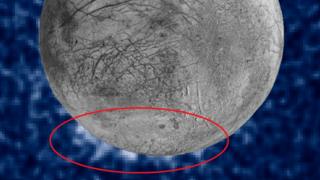 NASA
Here you can see what scientists think is water spewing from Europa's surface.

Europa is almost as big as our Moon and is one of the most likely places to find life beyond Earth.

The water jet was spotted on images sent back from Nasa's Hubble Telescope.