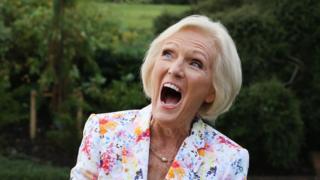 So Mary Berry is bidding farewell to soggy bottoms - the Great British Bake Off judge is leaving the show.

The baking contest is moving to Channel 4 and Mary has said she won't be following, although Paul Hollywood will be.

We're sure many of you are going to miss Mary, so here are seven things you (probably) didn't know about the queen of baking...

1. She was "quite naughty" at school

"School was not something I enjoyed a lot," Mary said on BBC show My Life on a Plate.

"I was a bit of a tomboy really and I didn't work very hard and at the age of 12 you either did Latin and maths, or you did domestic science [home economics]."

Mary decided to do domestic science and that "changed her life completely".

She made a treacle sponge pudding, with the help of her teacher Miss Date, and her dad told her it was as good as her mum's!

Mary was a big animal fan growing up. She had a pet pony called Kerry Lass.

When she was 13, she became very sick with an illness called polio and she had to go to hospital. Her dad even brought Kerry Lass to help cheer her up! 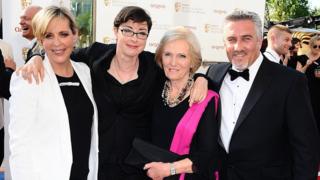 AP
Bake Off presenters Mel and Sue (left) are also leaving the show, but judge Paul (right) will stay when it moves to Channel 4
3. Mary's first job was showing people how to use electric ovens

4. She studied cookery in France

She had to learn French because all the classes were taught in that language!

Mary has written over 70 cookbooks in her 46-year career, and her books have often been used in school lessons. 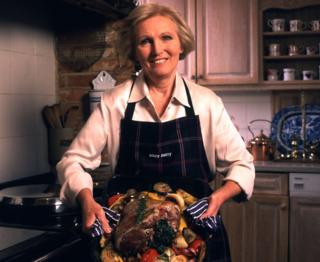 She has her own range of salad sauces, which she launched with her daughter, Annabel, in the 1990s.

While you might know her best for being in the Bake Off tent, Mary's actually been on TV screens since the 1970s!

Her first TV series was called Afternoon Plus.

From then on, she appeared on many of her own shows, and as guests on others, before being asked to join The Great British Bake Off in 2010.