Leaders from across the world have met in Johannesburg in South Africa to discuss the future of the ivory trade, amongst other things.

Many people believe that the ivory trade is largely responsible for the world's declining elephant numbers.

Read Newsround's guide below to find out more about the ivory trade, the devastating impact it has had on the world's elephant populations and what has been decided in South Africa.

Then, take the quiz at the end of this guide and see how much you've managed to remember.

Why should we protect elephants?

Elephants are extremely important to the places where they live.

They help to shape the landscape. When they trample through forests and undergrowth, they create clearings, making space for new plants and trees to grow. 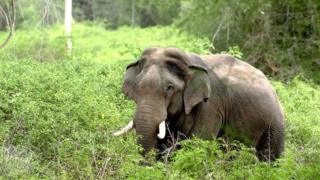 Getty Images
An Asian elephant walks through the undergrowth

They also help to spread seeds, which may be too big for smaller animals or the wind to carry. Seeds are left on the ground in elephant dung and they can then grow into new plants in new places.

They also bring a lot of money to areas of Africa for tourism, as people come to the continent to see these amazing animals.

Elephants are a vital part of the range of animals and plants that Africa has to offer. It is important to protect this variety of life, known as biodiversity.

However, the ivory trade is causing the number of elephants in the world to decrease, as many elephants are illegally killed by poachers for their ivory tusks.

Ivory is the hard, white material that some animals' teeth and tusks are made from. It is not only found in elephant tusks, but also in some other animals like hippopotamuses and some whales. 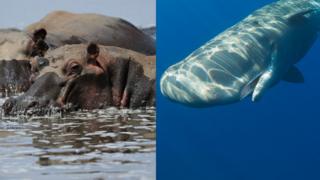 For hundreds of years, ivory has been considered a valuable material.

It has been used to make things like jewellery, combs, piano keys and religious ornaments. 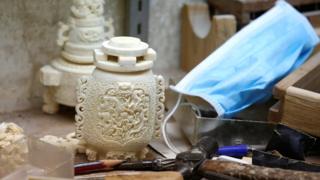 Reuters
Ivory products at a factory in Hong Kong

Even today, people like to buy ivory products for a number of different reasons.

For example, some may want the items for a religious or decorative purpose, while others consider ivory ornaments as a symbol of importance in society.

What is the ivory trade?

The ivory trade is the name given to the buying and selling of ivory.

Currently, there is an international ban on buying and selling it across borders, but it is allowed inside certain countries.

Some ivory that is bought and sold may be legal, like old ivory from many years ago before the ban. Many see this kind of ivory trade as acceptable.

However, poachers are killing healthy wild elephants in order to steal their tusks too. This is illegal and means the number of elephants in the world is decreasing very quickly. 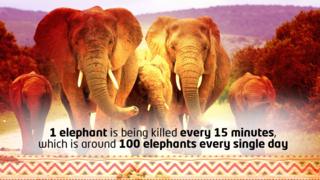 There are different opinions about whether or not the ivory trade should be allowed.

Some countries believe they should be able to trade legal ivory because they can use the money to pay for elephant conservation projects and other positive things.

Many other countries believe the ivory trade should be banned completely in order to save elephants, as having any ivory trade at all encourages criminals to continue poaching.

Some countries have even burned all their ivory to show how determined they are to stop it being sold. 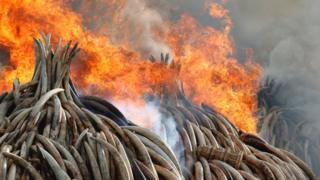 Reuters
Fire burns a pile of ivory in Kenya

What effect has the ivory trade had on elephants?

A count of Africa's elephants published in August 2016 found that nearly one in three has disappeared over the past seven years.

Many experts are worried that unless we do something to address the problem of elephants being killed for their ivory, there is a very real danger that elephants could die out completely within our lifetime.

Killing elephants for their tusks like this has now led to them becoming under threat. They are being killed faster than new elephants are being born, meaning numbers are going down.

In 1989, in order to protect these animals from being killed for their ivory, a ban was introduced on buying and selling ivory to different countries. It helped the numbers of elephants in the world to go up again.

But since then, the illegal ivory trade has not stopped. Poachers are still killing elephants for their tusks and the ivory is being sent around the world by networks of criminals. It is often mixed in with legal ivory so that people can't tell the difference between the two.

What is being done to protect elephants from the ivory trade?

There are many things that are being done to try and protect these animals from being killed for their tusks.

Experts follow and monitor elephants, using devices like tracking collars, so they can look after them by watching what they're up to and where they're going. National parks and conservation areas hire rangers to patrol the parks on foot and keep poachers away. 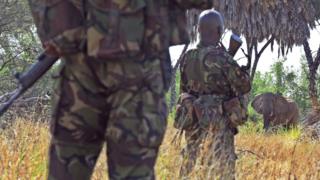 Countries also work together to stop poachers smuggling ivory across their borders.

One of the ways they do this is to try to find this ivory and confiscate it. They do this using sniffer dogs and other detection methods, like scanners.

However, it is difficult to manage, as the ivory trade takes place across many different countries and continents. Criminals are also becoming more crafty so it becomes increasingly difficult to catch them.

There are other factors that are threatening elephant populations too. For example, human beings taking the land where elephants live in order to farm and develop it. However, poaching remains one of the greatest threats facing these animals.

Many believe that the future of the ivory trade may well decide the future for the planet's elephants, which is why the world was watching the discussions in Johannesburg so closely.

What was decided at the meeting?

One of the main issues discussed in South Africa was whether or not it should be made completely illegal in every country to buy and sell ivory.

Some of the suggestions made at the meeting were accepted, but some weren't. It has always been difficult to get everybody to agree on the best way to protect the planet's elephants. 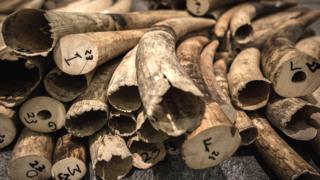 There were proposals put forward by the countries Namibia and Zimbabwe that would have allowed them to continue ivory trading in their countries, but these were rejected. This was seen by many elephant conservationists as a positive step.

However, a proposal put forward by others at the meeting to increase the protection of Southern African elephants was rejected. This would have meant that no trade would have been allowed at all, so conservationists are disappointed that this didn't happen.

Earlier in the conference, calls to close domestic ivory markets that were encouraging poaching and the illegal ivory trade were approved. But countries aren't legally forced to stick to this, so it remains to be seen what effect it will have. For example, Japan said this proposal would not apply to them.

For now, the world - and the world's elephants - will have to wait and see what effect the outcome of the meeting will have.

See how much of this guide you've managed to remember by taking this quiz.

Pictures: 100 tonnes of poached ivory set on fire in Kenya

Elephants and the ivory trade: How a baby elephant keeps cool