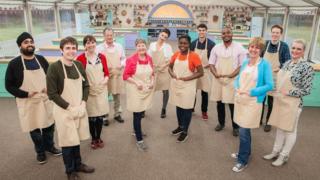 The Great British Bake Off will move to Channel 4 after the BBC lost the contract with the company who make the hit programme.

It's thought that Channel 4 offered more money to Love Productions who make Bake Off.

This year's series, which is currently airing every Wednesday evening, will be the last to be shown on the BBC.

It's not known yet whether the presenters or two judges, Mary Berry and Paul Hollywood, will move with the show to Channel 4. 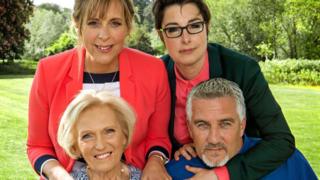 The show was first broadcast in 2010

Will the show be different on Channel 4?

It's not known yet if there will be any changes to the format of the programme. But it's likely that the show will now have one or more advert breaks in it.

Jay Hunt, who is Channel 4's chief creative officer, said: "Channel 4 is very proud to be the new home for The Great British Bake Off.

"I'm delighted we have been able to partner with the hugely talented team at Love Productions to keep this much loved show on free-to-air television."

What do the BBC say?

The BBC said: "Working with Love Productions, we have grown and nurtured the programme over seven series and created the huge hit it is today.

"We made a very strong offer to keep the show but we are a considerable distance apart on the money. The BBC's resources are not infinite."

Bake Off was 2015's most-watched programme, with 15.1 million viewers for the final, according to viewing figures.

It's also won a total of nine Bafta awards.

Nadiya Hussain 'excited' to be judge on Junior Bake Off