US Democratic presidential candidate Hillary Clinton has been treated for pneumonia, after becoming ill during a ceremony in New York on Sunday.

In a video she appeared to faint at an event to mark the 15th anniversary of the 9/11 terrorist attacks on New York.

Her doctor says she has pneumonia and her plans for this week have been cancelled to allow her to recover.

Why is this big news?

Being US President, running one of the biggest countries in the world, is no easy task. It involves long hours, lots of travelling, and making very important decisions.

The American President isn't just a politician like our Prime Minister. They're also head of state like our Queen.

And in November, America will be voting to elect a new leader to take over from President Obama.

One of the two main candidates for that position is Hillary Clinton.

Americans expect the President to be healthy and fit - able to cope with the demands of such a job.

So, if one of the main candidates isn't well enough to work, some voters might think it could affect their ability to be president. 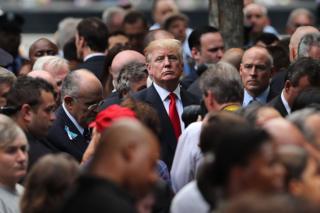 These worries could help the other candidate for President, Donald Trump.

The US Elections will be held on 8 November.

Pneumonia is an infection of the lungs, and can vary in how it effects people. Mrs Clinton has said her pneumonia is not serious and she will recover in a few days.