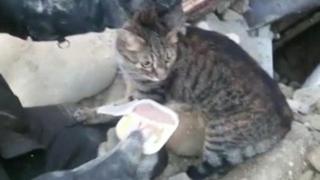 More than two weeks after Italy was hit by a massive earthquake, two cats have been pulled from the rubble alive and well.

When a family returned to their home town to see the damage to their house they heard the faint callings of a cat.

The animal needed to drink after being trapped for so long but was in a reasonably good condition considering what it had been through.

There were also reports of another cat being rescued on the same day in a nearby village. 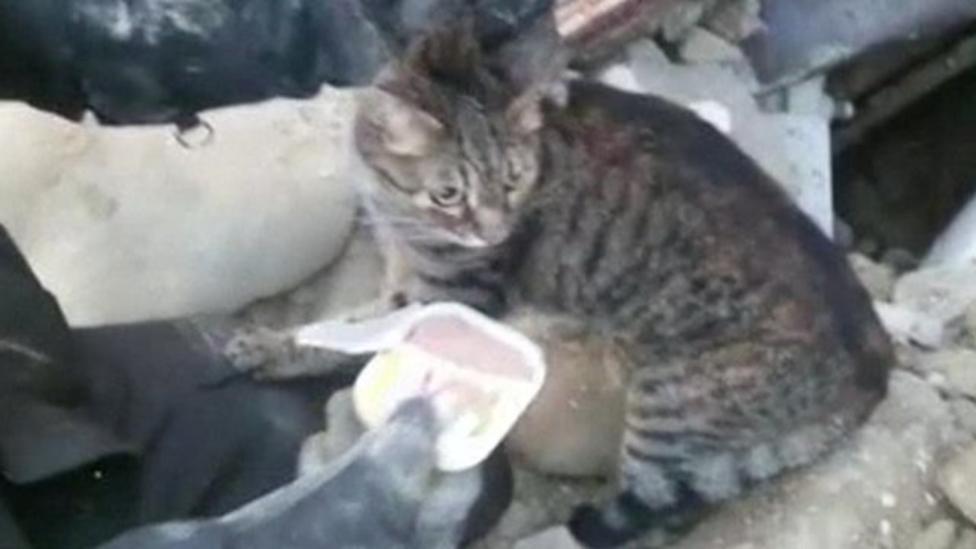