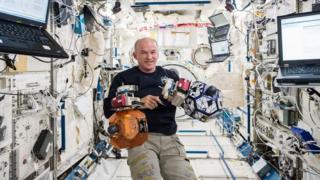 Nasa astronaut Jeff Williams has become the most experienced American astronaut ever.

The awesome astronaut safely touched back down to Earth yesterday with two Russian cosmonauts Alexey Ovchinin and Oleg Skripochka, after living on board the International Space Station.

Jeff has spent a total of 534 days in space, meaning he now holds the record, for the most time living in space of all American astronauts.

This latest mission to the ISS is Jeff's fourth time in space, and his third long-duration stay on the space station. 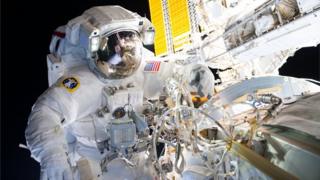 He is a flight engineer and has been on four spacewalks since his first mission into space in 2000.

However, Jeff still has a long way to go to beat the world record holder Gennady Padalka.

The Russian cosmonaut has spent a whopping 879 days in space, that's nearly two and a half years!