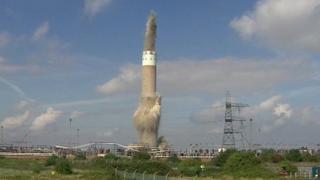 Giant chimney gets blown up

The tallest concrete structure ever to be knocked down in Britain has been blown up in a spectacular demolition.

The chimney was a part of a former power station, on the Isle of Grain, on the east coast of the UK.

The tower is taller than 55 double decker buses stacked on top of each other and is two- and-a-half times the height of London's famous clock tower Big Ben.

The chimney is the latest stage in the demolition of the old the station, which was closed in 2012. 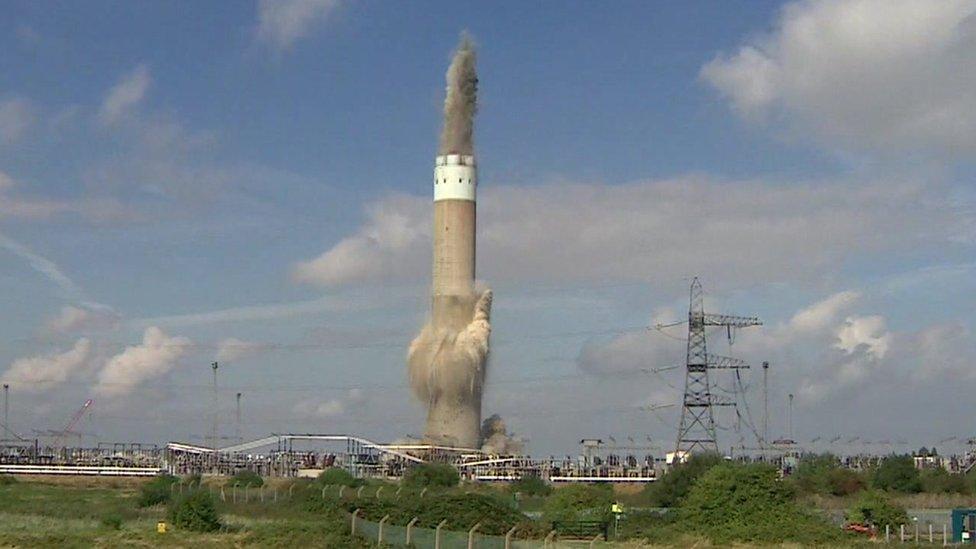 Giant chimney gets blown up