Number of children who are refugees doubles in 10 years 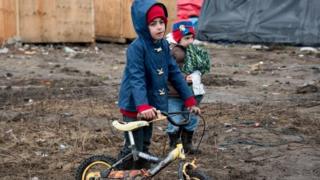 The number of children who are refugees has doubled in the last 10 years says charity Unicef.

Many of the children have escaped from danger and wars in countries like Syria, Afghanistan, Eritrea or Iraq.

The report by Unicef says that more than half of all refugees in the world are children.

Some of the millions of children who have had to leave their countries come to England in the hope of a safer life.

More than 4000 refugee children who have come to England by themselves are being looked after by local councils. That's gone up by 62% in just a year.

The UK government says protecting children who come to England on their own and need help is really important and more money has been set aside to help them.