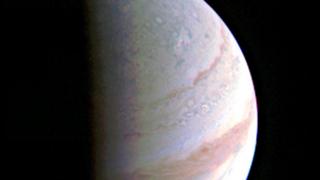 Nasa's Juno spacecraft has sent back some of the first pictures of Jupiter's North Pole.

The pictures took around one and a half days to be sent back to Earth after Juno completed its first fly-by of the planet.

Previously we had only been able to see Jupiter's South Pole from pictures sent back from the Cassini spacecraft mission in 2000. 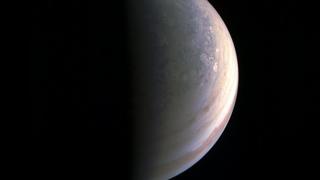 AP
Jupiter's North Pole is blue in colour, and quite stormy.

Senior Juno researcher Scott Bolton said Jupiter's North Pole "looks like nothing we have seen or imagined before... This image is hardly recognisable as Jupiter,".

They found that Jupiter's North Pole is blue in colour, and very stormy.

As well as taking pictures, all eight of Juno's science instruments were busy collecting lots of important new data about the planet, including radio waves and infrared cameras which show how hot and cold the North Pole is. 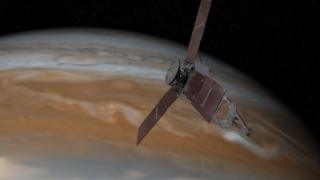 "The largest planet in our solar system is truly unique." said Scott Bolton.

Juno will complete another 35 fly-bys of the planet, gathering lots more pictures and research before it completes its mission.