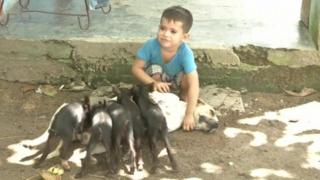 A dog has taken on the job of being 'Mum' to these little piglets.

The unlikely relationship began after the piglets lost their own mum and so 'Linda', still nursing her own pups, took on the role.

The owner of the dog and piglets came up with the idea after he remembered she had just given birth to pups and was still lactating.

"On the first day she was a little hesitant, but ended up giving them milk, and then a week on, she would arrive on her own to feed the piglets," said the owner of the animals, Ignacio Estevez.

The partnership has attracted locals from their town in Cuba, to see it for themselves.

You really do have to see it to believe it. 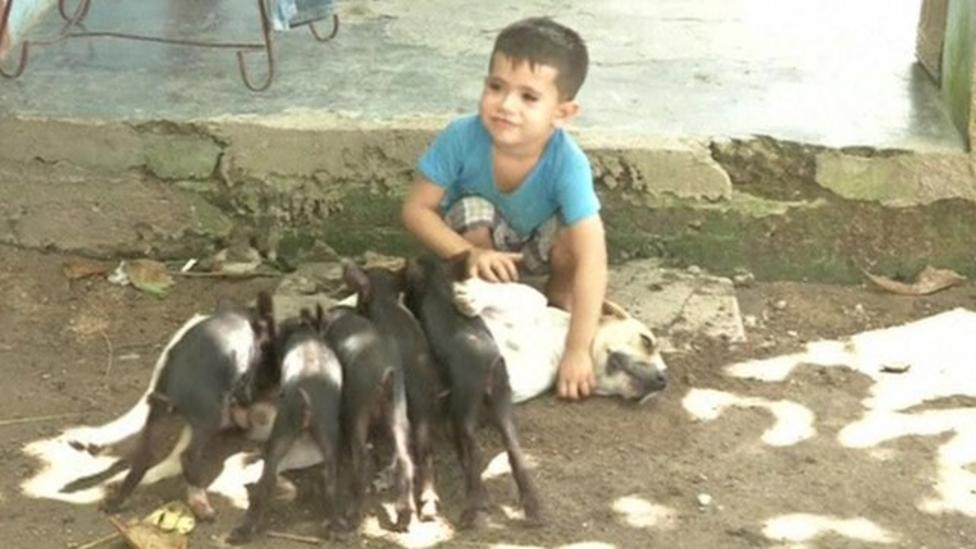