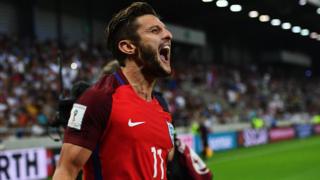 Adam Lallana got England off to a winning start in their World Cup qualification campaign with a 1-0 victory over Slovakia.

The Three Lions struggled to break down a determined Slovakia side, even when they were reduced to 10 men with captain Martin Skrtel sent off for a foul on Harry Kane. 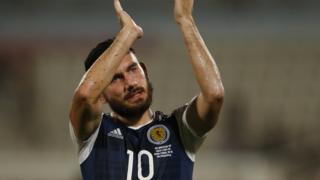 Gordon Strachan's side go top of Group F ahead of England on goal difference.

Meanwhile, in their first match since reaching the Euro 2016 knockout stages, Northern Ireland could only manage a 0-0 draw with the Czech Republic.

Wales, who will be keen to build on their performance at the European Championships this summer, face Moldova tonight (Monday).