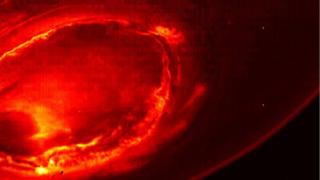 Nasa has released spectacular new images of Jupiter taken by its Juno probe.

The pictures show the north and south poles of the gas giant - images that no previous mission has managed to show in such detail. 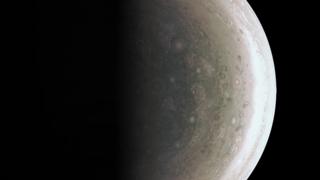 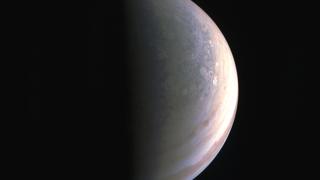 NASA
Juno took this picture as it flew over the north pole, from a distance of 195,000km

Juno took the images last weekend as it made its first close pass of the planet since it went into orbit in July.

Naz spoke to space scientist Dr Jonathan Nichols from the University of Leicester, who is a member of the Juno mission's science team.

Juno's quest is to investigate the secrets of the Solar System by finding out more about its biggest planet - Jupiter.

The spacecraft is currently flying around Jupiter on a course that takes 53 days to complete.