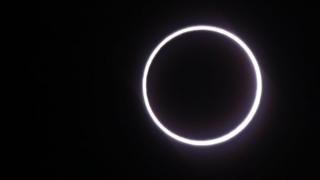 AFP
The "ring of fire" - an annular eclipse - happens when the moon is far away from Earth as it passes in front of the sun.

Take a look at this incredible "ring of fire" eclipse which could be seen across parts of Africa.

Thousands of stargazers came out to watch the eclipse, which only lasted for a few minutes, using special protective glasses. 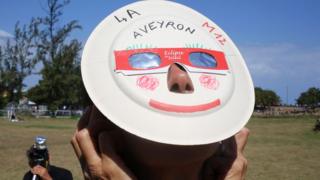 AFP
It can be very dangerous to look at an eclipse, so people can look at it using special filters.

It happens when the moon is farther away from the earth, making it appear smaller.

This means that when it passes in front of the sun, it doesn't completely block it out like a total eclipse.

Instead you can still see the outline of the sun behind it, creating the amazing "ring of fire" effect. 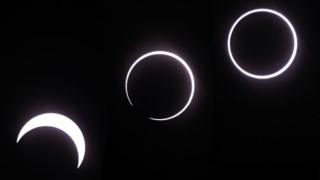 AFP
This picture shows the progress of the eclipse as seen from La Reunion in Africa.

This happens because the the moon does not move in a perfect circle around the earth, it is more like a squashed circle or an ellipsis.

This means that sometimes it is closer and further away from the earth. 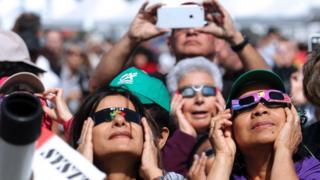 AFP
Some of the stargazers from La Reunion in Africa watching the eclipse.

The next eclipse is due to take place in February 2017, and can be seen from parts of South America and Africa.

How to watch the solar eclipse on Friday