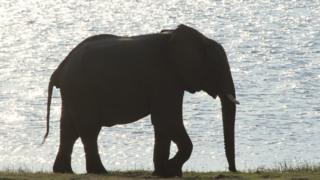 The number of elephants living in the wild in Africa has fallen dramatically over the last ten years.

A huge elephant census, which counts and records the number of elephants and where they live, has taken place from a plane flying across 18 African countries - from Mali in West Africa, down to South Africa.

It found that in seven years, 30% of Africa's elephants have disappeared.

Elephants Without Borders who were involved in the census, say that 30,000 elephants are being lost each year and that, since 2007, Africa has lost 144,000 elephants due to poaching.

Poaching is the illegal hunting of animals. Ivory, which is found in elephant tusks, can be illegally sold for huge amounts of money.

Tanzania, Mozambique, Angola and Cameroon are some of the worst affected areas. 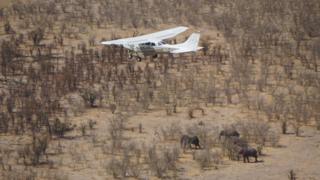 The survey also found that Botswana has more elephants than any other country in Africa with 130,451. But the country is now being targeted by poachers for ivory.

Overall, the survey suggests around 380,000 elephants live in the 18 different nations. But sadly, hundreds are likely to have died since the survey took place.

Why 500 African elephants are moving home