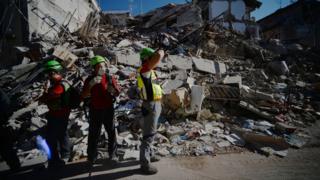 Getty Images
Rescuers take a break whilst searching for survivors of Wednesdays quake.

Rescue teams are continuing to search for survivors after an earthquake hit central Italy on Wednesday morning, killing 240 and leaving thousands homeless.

Large diggers and other equipment are being used to find people in the ruins of buildings, following the 6.2 magnitude quake. 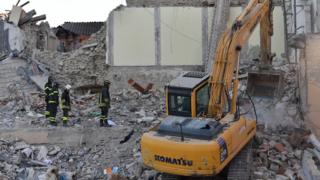 Getty Images
Diggers are being used to clear the heavy rubble.

Many people have been found alive by rescuers including a 10 year-old girl who was pulled from rubble after being trapped for 17 hours.

Several aftershocks have been felt since the initial earthquake and people are worried another large quake could strike.

A number of towns and villages have now been evacuated to make sure if there are any more quakes people aren't in danger of being trapped. 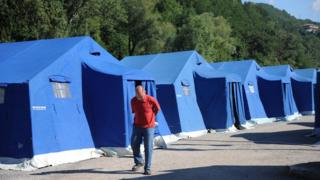 AFP
Evacuated residents have been moved to the safety of camps.

Emergency rescue teams will remain to keep searching for survivors but evacuated residents have been moved to the safety of temporary camps away from the danger area.