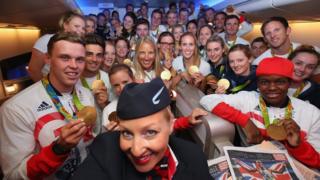 Team GB athletes have flown back from Rio to London - on a special gold-nosed plane!

The athletes flew home on a British Airways plane called 'VictoRIOus', complete with a golden nose. 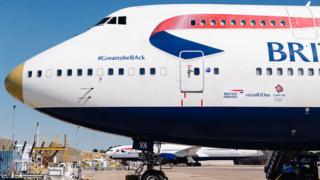 Some team members have come home already, but the aircraft returned with 320 athletes and support staff and all their luggage and equipment.

It was a record-breaking Olympics for Team GB in Rio.

Great Britain is the first country to improve on a home medal tally at the following games, collecting 67 to beat the 65 from London 2012.