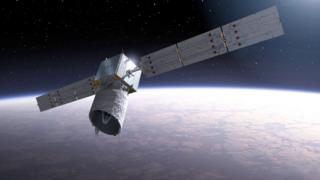 Scientists and engineers have reached an important milestone on an epic mission called Aeolus.

The Aeolus is a giant space laser which will orbit the Earth's atmosphere from space, sending information back to Earth.

It is part of a European Space Agency mission and was originally supposed to be ready 10 years ago, but it ran into some major technical problems.

Now the engineers have fixed these problems it will undergo some pretty rigorous testing before it is hopefully sent into space next year.

What will it be researching? 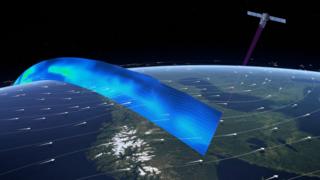 ESA
The Aeolus will help to make 3D maps of the wind from space.

The Aeolus carries a giant laser - called Aladin - which will scan the Earth's atmosphere to see which way the wind is blowing, and how fast.

The special technology will help to create a 3D view of the way the wind blows on Earth, from the surface up to around 30km in the air.

There are lots of different ways to help measure the wind on Earth at the moment, but they are fairly limited in terms of telling us what is happening in a particular place or height.

Scientists think the Aeolus will really help to accurately track the weather and could even look into possible future climate changes.

Could huge lasers on the ISS be used to zap space junk?