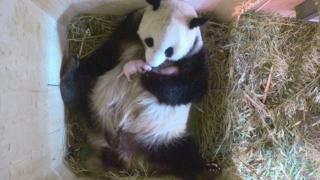 This panda mum has surprised staff at an Austrian zoo, who missed that she had given birth to two cubs and not one!

Keepers at Schoenbrunn Zoo in Vienna first thought that Yang Yang just had the one baby on 7 August.

The staff have been watching the panda via a camera in her breeding box. More than a week went by until they noticed that Yang Yang actually had two cubs in there with her.

What a nice surprise! But how did the cub go unnoticed for so long?

Pandas often keep their young between their big paws to keep them warm. At the moment, the cubs are pink and hairless and only measure about 15 centimetres (or six inches).

They will grow more fur and, by the time they are three or four weeks old, they won't need to spend as much time keeping warm in mum's paws.

In keeping with Chinese tradition, the cubs won't be named until they are 100 days old. So far, they're said to be doing well and people are hoping to see them for the first time in public in about four months! 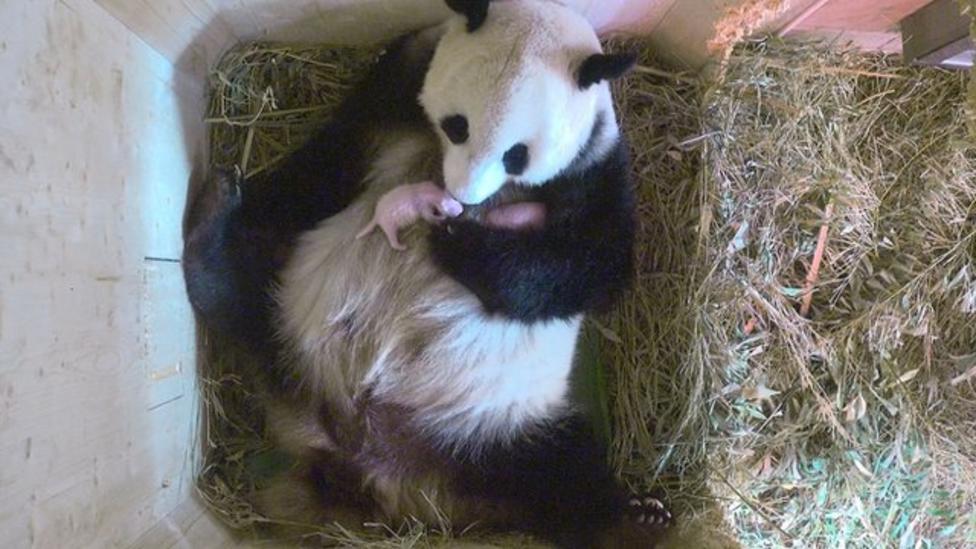