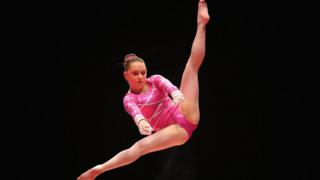 The 16-year-old took third place after a phenomenal routine in the women's floor exercise competition.

So here are 16 things you might not know about the sensational gymnast... 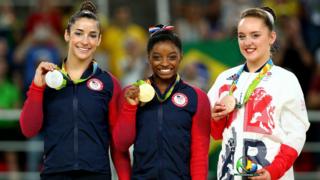 Getty Images
Amy (right) on the podium with her bronze medal, alongside Aly Raisman (left) and Simone Biles (centre)

1. Amy's the first British woman ever to win an Olympic medal in the gymnastics floor exercise.

2. She's the only British woman to win an artistic gymnastics medal in Rio 2016.

3. She's the third British woman to win an individual gymnastics medal. Beth Tweddle was the first, with a bronze on the uneven bars in London 2012. The second was Bryony Page, who won trampoline silver in Rio last week.

4. Amy's just missed out on the title of youngest ever British Olympic medal winner. That title's held by swimmer Sarah Hardcastle - she won a silver in the Los Angeles Olympics 32 years ago, aged 15 years, three months and 22 days. Amy won hers at 16 years, nine months and 20 days.

6. And the talent runs in the family - her mum was a gymnast too, and was her first coach. 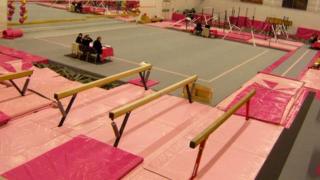 South Durham Gymnastics Club
We can see why it's called the "Pink Gym"...

7. Her local gymnastics club in South Durham is known as the "Pink Gym", because everything in it is pink! And they're pretty proud of of Amy's achievement.

8. She now trains for up to 31 hours every week, which is a lot to fit in alongside school work!

9. Speaking of which... Amy only finished taking her GCSEs about a month before the Rio Olympics kicked off, and she'll find out her results when she gets back. Good luck, Amy!

10. Her school gave her special permission to do her GCSEs over three years instead of two, so that she could fit in her training as well. 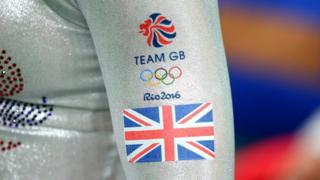 11. Amy won her first national medal when she was just nine years old. She bagged a silver in the British Championships.

12. She's been representing Britain in international competitions since she was 11.

13. She's been crowned British floor champion for four years in a row.

15. Rio is Amy's first Olympics, and she wasn't expecting a medal. She told the BBC: "I wasn't thinking about winning a medal. My coaches said I had nothing to lose and just to go out and enjoy it. I could hear a lot of cheers from the crowd and that helped me a lot." 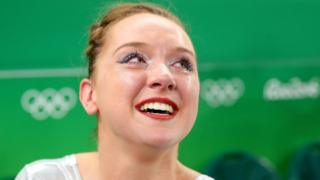