She was the favourite to win gold and didn't disappoint with her routine showing off her power and agility.

Biles went ahead straight away, scoring 15.866 on vault, but she dropped back to second place with 14.966 on the uneven bars. 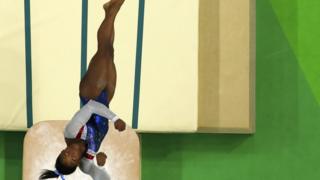 She then wowed the crowd with an acrobatic beam routine to score 15.433 before a floor routine to samba music, including the famous "Biles" move. 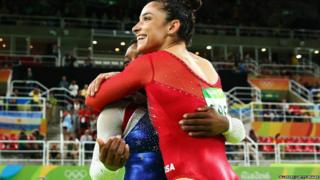 She scored 15.933 and burst into tears when the gold medal was confirmed. 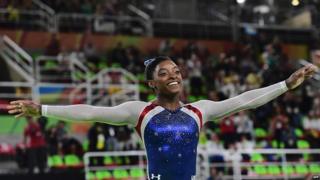 AFP
Many people have described Simone as the greatest ever gymnast

It's Simone's second gold medal of the games, with teammate Alexandra Raisman getting silver and Russia's Aliya Mustafina taking the bronze. 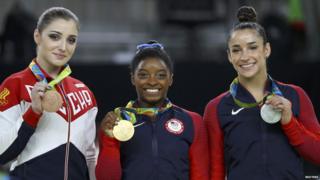 The United States have now won the event four times in a row: Carly Patterson in 2004, Nastia Liukin in 2008 and Gabrielle Douglas in 2012. 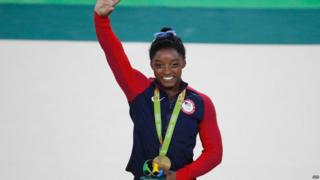 Video only available to UK users.