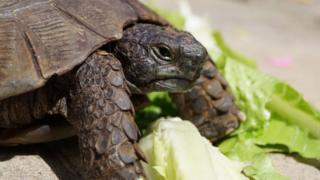 Westminster Council
Zuma's not that impressed with his trip away from home, maybe he's thinking it was a bit 'rubbish'.

Zuma the tortoise took un unexpected journey and ended up in piles of rubbish.

The 90-year-old pet went missing when he wound up in a bin bag and was taken away.

The council tracked the bin lorry to the dump using GPS and used heat sensing cameras to find him.

They had to look through 1,000 bags of stinky rubbish but after a slow and smelly search they finally found him. 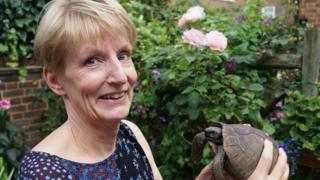 Westminster Council
Zuma with his owner Sarah Joiner. He's lived with her for 40 years

The lucky tortoise is now resting at home after being reunited with his owner Sarah Joiner. 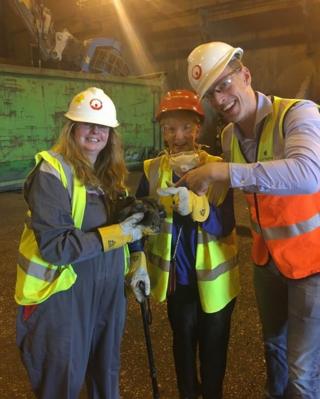 Westminster Council
Zuma safe and well but a bit smelly after being tracked down in 1,000 bags of rubbish. These guys helped to find him using a heat sensing camera.

After his smelly adventure Zuma is planning to take it slow and steady from now on.

Does the Yeti exist? And other great animal mysteries