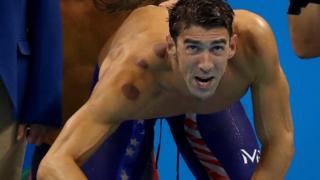 A number of Olympic athletes have been competing in Rio with large red circles on their skin - but what are they and why have they got them?

It's known as a technique called "cupping" where heated cups are placed on the skin.

Cupping is done by lighting flammable liquid in a small glass cup. 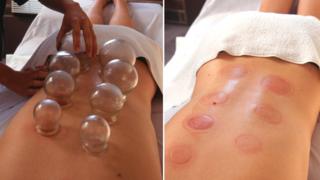 Once the flame goes out, the drop in temperature creates suction, making the cups stick to the body.

The suction pulls the skin away from the body and is thought to improve blood flow and leaves the red marks, which usually last for a few days. 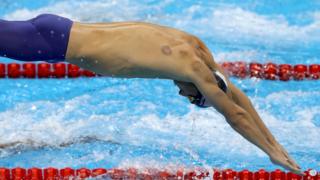 The most decorated Olympic athlete of all time, Michael Phelps, has been seen with the circles on his skin, as have various other athletes. 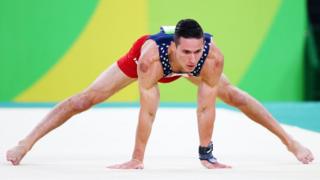 It's not only athletes who use cupping, lots of celebrities have been spotted with what look like cupping marks.

What are the benefits?

Athletes say they are using it to help with aches and pains, and to help them recover from constant training and competing.

The British Acupuncture Council say cupping is not painful but they warn that the hot cups can cause mild burns on rare occasions.

It has rules of practice for cupping, and advises people only to visit properly-trained people who are members of their organisation.

So make sure you don't attempt this yourself.