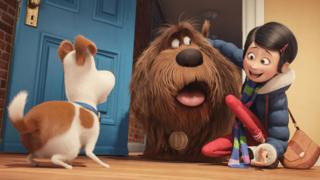 A film sequel to animated hit The Secret Life of Pets has been given the go-ahead by Universal Pictures.

The release date for the film is scheduled for 13 July 2018.

Director Chris Renaud and writer Brian Lynch will return for the follow-up, which will be co-produced by Minions creators Illumination Entertainment.

The film, which imagines what household pets get up to when their owners are out, has made more than £310m worldwide since being released.

Do your pets have a secret life?