Lynx recaptured in Devon after three weeks on run 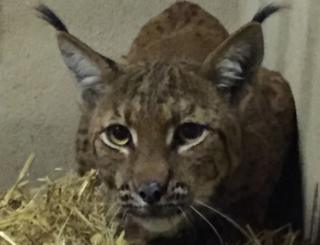 A lynx that escaped from Dartmoor Zoo has been captured - after more than three weeks on the run.

The police had warned that the cat, named Flaviu, could be dangerous if cornered.

The Carpathian lynx, the size of a large domestic cat, was found after walking into a trap, which had meat in it.

Zoo owner Ben Mee told the BBC it was "a huge relief" to have got the animal back at the zoo in Devon, England. 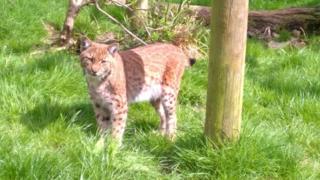 He said that they had been "living in the hope" that he would wander into a trap looking for food.

"He's at the right age, so that's the next priority," he said.

"We have also taken extra precautions to prevent another escape by putting a roof on the lynx enclosure."

What are Lynx, and why might they be brought to the UK?

Wild lynx could return to Britain after 1,300 years