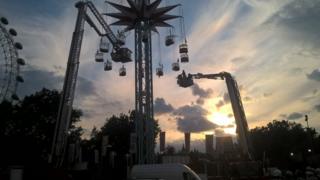 Fire crews have rescued 19 people - six of them children - who were left stuck on a fairground ride 20 metres above the South Bank in London.

Some spent more than three hours trapped on the ride on Sunday.

Clive Robinson, from London Fire Brigade, said: "It was slow work as we needed to access each cage on the ride individually."

London Wonderground, where the ride is based, said it was being investigated for a "technical fault". 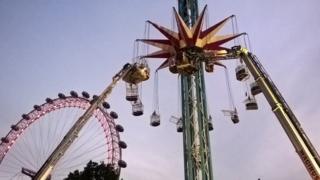 The brigade, which had been called shortly before 6pm, said there were no injuries.