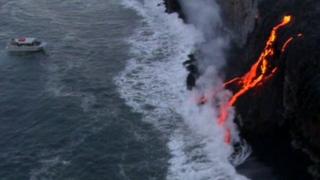 Lava from volcano spills into ocean

Lava from a volcano in Hawaii that has been erupting for two months, has been moving towards the coast.

It's now reached the Pacific Ocean and video filmed from a helicopter shows the hot liquid rock from the Kilauea volcano falling off the cliffs.

Officials there say that the lava isn't putting any towns in danger but have warned tourists to keep their distance. 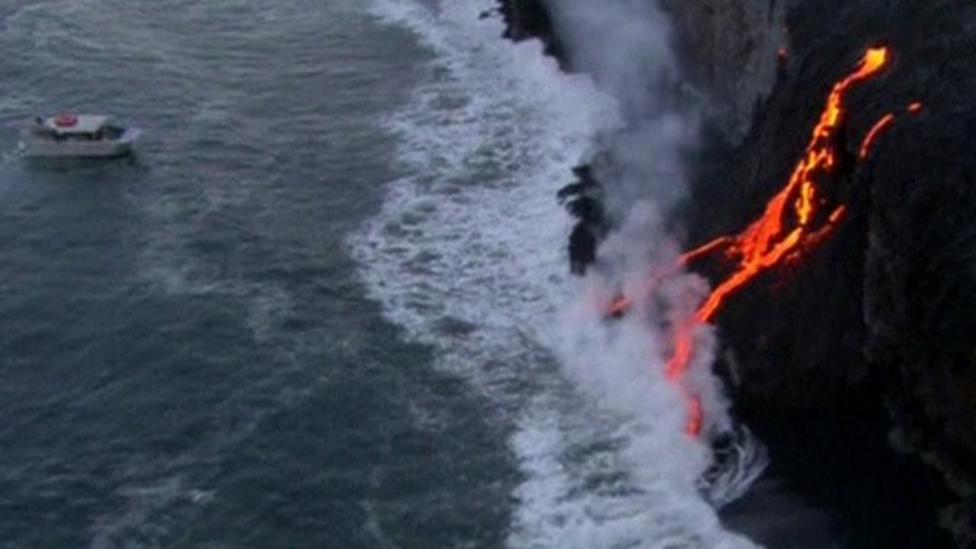 Lava from volcano spills into ocean