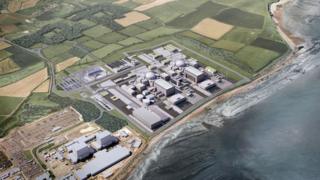 Plans to build a new nuclear power plant at Hinkley Point in Somerset have been approved by the government.

It will be the first nuclear plant to be constructed in the UK in 20 years. The building will be paid for with money from France and China.

Nuclear power can produce massive amounts of energy and the Hinkley Point plant will make around 7% of our electricity.

But not everyone thinks nuclear power is a good thing.

What are the pros and cons?

Companies and governments want Hinkley Point to be built. They say it's good for the environment as nuclear power stations produce only a small amount of the gas carbon dioxide. That's important because carbon dioxide is one of the causes of climate change.

The UK government wants to reduce this gas as part of a plan to meet global targets on protecting the environment.

They also say building Hinkley Point will create thousands of jobs and will provide customers with affordable energy because the price of electricity from nuclear power stations doesn't go up and down as much as coal or oil. 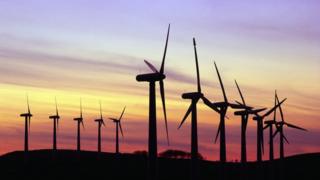 But some think the cost of building the station will be too high and that nuclear plants produce dangerous waste, which damages the environment.

Campaign groups like Greenpeace want the government to invest in renewable energy sources, like solar, wind and tidal power instead.

Also concerns have been raised about the safety of the nuclear industry because of accidents that have happened at power stations in other countries.. 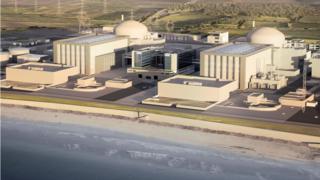 EDF Energy
An artists impression of what the £18bn site may look like when it's finished
Who's paying for it and how much will it cost?

The plant is expected to cost £18billion and is being built using money from other countries.

The French energy company EDF is paying for most of the project, with around £6billion coming from Chinese businesses.

How big is the project?

Hinkley Point will be the biggest construction site in Europe, according to EDF.

During the busiest part of construction 5,600 people will work on the site and the finished power plant will employ 900 people.

How is nuclear power created?

Radioactive minerals such as uranium are found by mining.

Electricity is then made from the energy that is released when the atoms of these minerals are split apart in nuclear reactors.

Do you know how much energy your home uses?