A giant dinosaur footprint measuring over a metre wide has been discovered in Bolivia in South America.

It's thought to have been made by an Abelisaurus, a predator that lived around 80 million years ago. 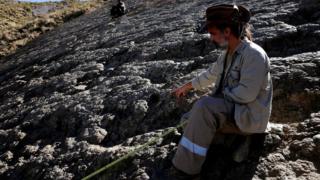 Reuters
The print measures 1.2 metres across

These massive creatures once roamed South America, according to palaeontologist Sebastian Apesteguia.

The print was found by a tourist guide in Maragua, a place well known for dinosaur tracks.

Other dino remains have also been found in the area. 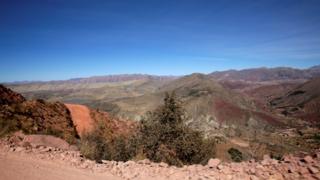 Experts think the footprint is one of the largest of its kind ever found.

"This print is bigger than any other we have found to date in the area," Apesteguia said.

"It is a record in size for carnivorous dinosaurs from the end of the Cretaceous period in South America," he added.